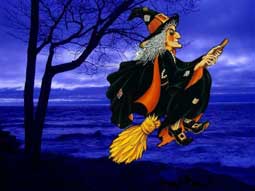 Willow plays an important role in the mythology, magic and folklore of many cultures. He was always associated with dreams, artistic inspiration and magic. The botanical name is Salix derived from the Celtic word sal = lis = nabji and water. Because the willow grows fast and deep strong roots, she is often planted for erosion on the banks of rivers to go. Els while the king of the waters called, one can see the willow as a queen.

The willow is devoted to various Greek gods and goddesses like Proserpina, Orpheus, Hecate, Circe, Belenus, Artemis and Hermes. One of the main characteristics of the willow's fertility. Put a twig in the ground, it grows straight out of a tree. Its slim, agile twigs he became associated with the snake, which was dedicated to Persephone.

The priests of Asclepius traditional willow branches laid in the bed of infertile women to it the mystical snakes, phallic symbol of fertility, to lure out of the underworld who would bring healing.

Later, the concept of snakes. The willow was used to chase away snakes. Hippocrates himself was depicted with a snake around his arm from a wound. It was believed that he so long had power over. The ancient Spartan fertility rites of the goddess Artemis demonstrated the relationship of the willow with fertility and conception. Men were willow rods tied to tree trunks and beaten so long to getting an erection with their blood, sperm and fertilize the land. antique lyre

Willow was also a special tree for poets because the sound of the swaying branches inspired them. The Greek singer Orpheus, his talent would have received from the willow by willow branches with them to have carried on its journey through the underworld. Because his talent in Apollo was very popular, he received from him a winch them to make music. He would not only enchanted wild beasts with his music too, but also trees and rocks of the Olymp who came to Orpheus in motion to follow. Fulfilled the wishes of Zeus and Apollo gave the lyre of Orpheus a place among the stars.

A relief in the temple of Delphi shows Orpheus leaning against a willow tree. With his hands he touches the branches. goddess artemis Orpheus with lyre

But there is also a dark side of the willow in connection with death and mourning. The Greek enchantress Circe, a cemetery planted with willows are devoted to Hecate and the moon magic. Male bodies were wrapped in ox hides in the tops of the trees left behind, left to the elements and the birds.

According to ancient Celtic folklore is recommended to a young willow planting and observing its growth. This would facilitate the soul to the afterlife to find her way. In England, cemeteries, especially those near rivers, lakes or swamps, planted with willows to the spirits of the dead to protect.

The relationship of water willow refers to the moon goddess of ancient religions. According to an ancient tradition, the willow honored by the Romanian gypsies. This is the festival of Green George on April 23 takes place. A man who wears a wreath of willow branches, represents the essence of George Green to the fertility of the land guarantees, like the water. During the night of the party, everyone can prepare. A young willow is cut and erected at the site of the festivities, decorated with colorful ribbons. This night gathering all pregnant women about the willow. Each female lays an object or a garment at the base of the trunk. When a leaf falls on one of the objects, the owner using willow goddess of easy childbirth. George Green

Stem and handle of the famous witches broom are traditionally made of ash and birch, willow branches tied together. Of willow wands are made. They promote intuition, dreams, visions and inspiration for artists. They also have a positive effect on negative feelings such as depression. Of willow are also pendants and brooches made with runes. They would make for an emotional balance.

A twig or leaf of a willow placed under the pillow provides meaningful dreams.

The weeping willow is associated with grief. By a part of this tree with them at all, it would be easier through all phases of mourning are over.

According to the Celtic tree calendar, willows people (March) beautiful, melancholy, attractive and empathetic. They love anything beautiful and tasteful, and enjoy traveling. They are dreamers and yet restless. They are easily influenced, but do not like to dance to the tune of others.